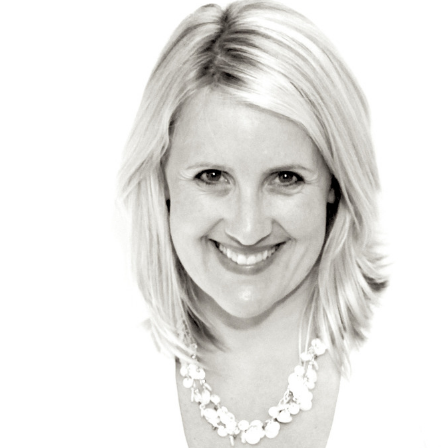 Kate is General Partner of W Fund and CEO of Women 2.0, a global ecosystem that focuses on gender and representation in the tech and startup spaces.

She’s lived in the tech startup world for almost 20 years, and has played an active leadership role in the women in tech and entrepreneurship ecosystem for 15 of them, having led a global, 60+ chapter organization focused on the issue as President for several years prior to coming to Women 2.0 in 2016.

The two decade combination of her operational experience in startups and her deep expertise on and central commitment to gender and representation in the ecosystem has positioned her as a expert and leader on the creation and development of a more equitable future for our innovation economy.

She’s also an EIR at LaunchNY, and a long-time mentor for Techstars. She’s held prior roles as CMO of untapt, an AI-driven tech talent marketplace based in NYC, and Adjunct Professor in PR and Marketing at at Syracuse University.

She holds BAs in Political Science and African American History from the University of Rochester, an MBA in Entrepreneurship and Marketing from Goizueta Business School at Emory University and an MA in International Relations from the Fletcher School at Tufts University.

When she’s not doing all *that*, she’s a very non-professional (but adventurous!) athlete, an equally as non-professional musician, can be found outdoors in any weather — skiing, biking, hiking, sailing — loves a good meal with bubbly, craft beer and good friends, hilariousness and life. Her husband is a startup-web-developer-turned-beer-guy and they live on a hops farm in Upstate New York with their two boys. She can be found on Twitter at @just_kate. 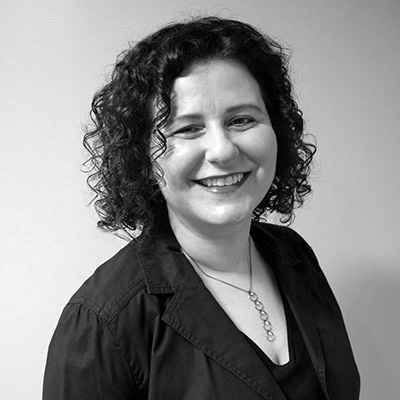 Allyson is Founding Partner at W, and Founder of Women Who Tech. She’s been named one of the “Most Influential Women in Tech” by Fast Company, a “Tech Titan” by the Washingtonian, and “one of the top 30 women entrepreneurs to follow on Twitter” by Forbes for her leadership roles in technology and social media. Allyson also a VC scout for Indie VC, and the Co-Founder of Rad Campaign, and has helped the largest and smallest nonprofits, foundations, and philanthropists build websites, apps, and national campaigns to power fundraising and grassroots movements.

Her campaigns have been recognized with several prestigious web awards and featured on several top media networks ranging from CNN to NPR to The Daily Show with Jon Stewart. She is passionate about the intersection of social change with online technologies and social communities, a topic she deeply explores in her nonprofit bestselling book Social Change Anytime Everywhere, co-authored by Amy Sample Ward of NTEN. The book is an action-oriented guide that shows nonprofits how to build and mobilize their communities through multifaceted campaigns, and by integrating online channels with offline tactics.

As the Founder of Women Who Tech, she launched one of the largest global programs, the Women Startup Challenge, in partnership with Craig Newmark of craigslist and Craig Newmark Philanthropies to disrupt up a culture and economy that has made it exceedingly difficult for women entrepreneurs to raise capital. She’s on a mission to close the funding gap.

Allyson sits on the Board of Directors for the Women League of Voters. She’s also been on the Advisory Board for the Anita Borg Institute and NTEN’s Nonprofit Technology Conference Planning Committee. She’s a jury member for the Webby Awards and speaks at conferences across the U.S. ranging from SXSW to Personal Democracy Forum, NTEN, and BBCON. Allyson is a contributor to Fast Company and Forbes focusing on trends in technology. 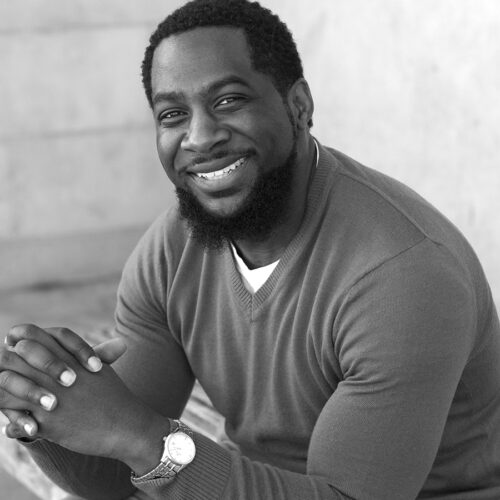 Corey Ponder is an empathy practitioner and educator who works with innovative companies and individuals to build safe spaces for inclusive and diverse experiences.

Corey believes in the power of human connection and how that drives real impact.  Over his 10 years of professional experience as a policy analyst in the public sector and a program manager and policy professional in the private sector, Corey knows that an emphasis on emotional intelligence—self-awareness, empathy, and interpersonal skills—leads to a more committed, productive, and engaged workforce creating a real impact in the workplace and spaces they occupy.

Corey has scaled diversity programs across several companies, including with CIA and Facebook, and has developed and facilitated over 50 workshops on allyship, bias, privilege, and building empathy across the tech industry.  He has also spoken on allyship for several organizations, including Chan Zuckerberg initiative, Fitbit, MomWarrior, and Diversability.  He continues to publish on these topics as well, most recently being featured in Fortune Magazine’s raceAhead newsletter.

Corey holds a Master’s in Public Policy from the University of California, Berkeley and a Bachelor’s in Political Science from Vanderbilt University. 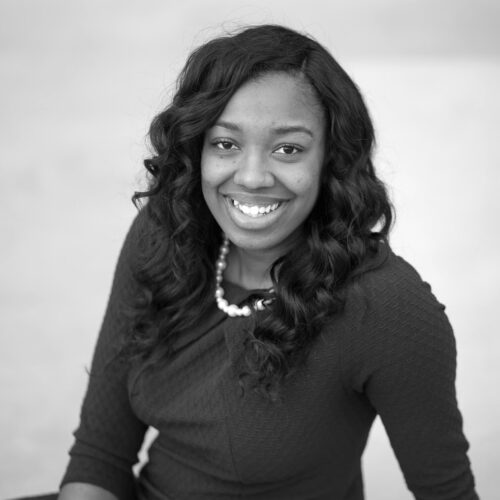 Krystal Beachum is an author, speaker, and Entrepreneur. Krystal has been able to work for some of the notable brands and organizations in sports like the NFLPA, LPGA, and the Women’s Final Four. She became a published author of “For The Other 98%,” the Ultimate Guide for Student-Athletes to Go Pro in Entrepreneurship in 2017.

Krystal currently sits on the Board of Directors for Higher Purpose Co. Krystal holds a Masters Degree in Sport Management from the University of Arkansas and a Bachelor’s Degree in Education from Henderson State University.

In her free time, she’s traveling the world, reading, journaling, and experimenting with new recipes, goes back to Texas to spend time with her grandparents, and helps her parents tend to their cattle. 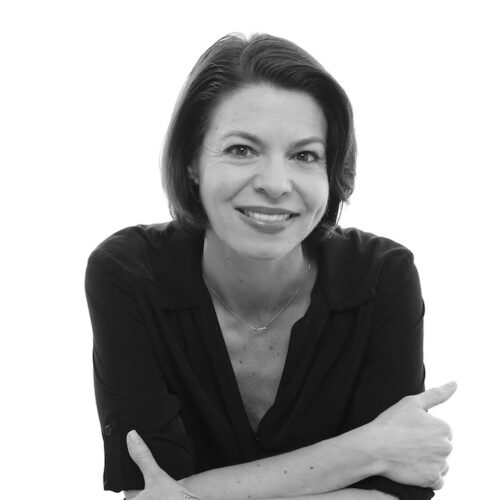 An entrepreneur and operator for more than 20 years, Jory Des Jardins co-founded BlogHer, a category-defining women’s digital media company that was acquired by SheKnows Media in 2014. She spent 10 years on the founding team, scaling the digital media, custom campaign, and event revenue lines of business. As President of BlogHer, she led top relationships with global consumer brands and digital/media agency leadership. At acquisition, BlogHer amassed 100 million monthly readers across multiple social platforms. Most recently she led Global Marketing for AWS Startups group, serving startups from prototype to IPO stages.

Jory is a tireless crusader for startup entrepreneurs and business leaders, sharing her personal scale story, contacts, and insights learned from years of growth hacking, program development, and digital community building. She advises numerous early to later-stage digital startups. In 2016 she co-founded Virago, a strategic advisory for female founders and producer of The Scale Collective, an event for female founders, investors, advisors and partners. She has advised dozens of companies, from consumer marketplaces to emerging tech plays in Blockchain, AI, and VR/AR/XR. 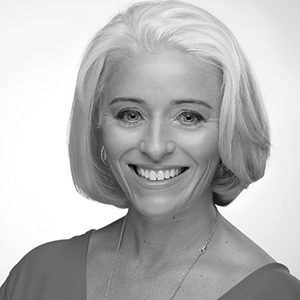 Lindsay is a Partner of The W Fund. She is a seasoned dealmaker and true venture fund operator, having managed six venture funds during the course of her career. In negotiating and structuring over 1000+ deals in her VC tenure, she now works to ensure that all W Fund deals are tracking to market standards to put the W Fund in the best possible position to have influence over the portfolio companies’ progress and to permit strong participation in future investment rounds.

As a licensed attorney in multiple states, Lindsay began her venture career on the pure deal side working in big law in in New York. After she obtained her MBA from THE Ohio State University, she shifted to a true venture role in 2008 when she joined NCT Ventures, an early stage venture capital firm based out of Columbus, OH. There she worked her way up the ranks from associate and in-house counsel, to become one of the managing partners and chief legal counsel, making her one of the first female venture capital partners in the State of Ohio. There she has worked with the firm to structure 100s of transactions and proudly assisted the firm in being the top performing venture firm in the Midwest for its vintage years (2008 and 2013, respectively), according to PitchBook.

Then, in 2016, Lindsay, who is born and raised in Buffalo NY, became engaged with Launch New York, Inc., a Buffalo-based 501(c)(3) venture development organization that works to provide mentorship and funding to seed stage businesses, industry agnostic, in the 27 westernmost counties of the State of New York. During Lindsay’s tenure with Launch NY, the firm has become the most active seed fund in the State of New York (and one of the most active in the nation), with over 60 transactions in less than two and a half years, resulting in Lindsay being awarded the Early Stage Dealmaker of the Year by the Upstate Capital Association of New York for 2018.

Lastly, Lindsay is an Adjunct Professor at THE Ohio State University Moritz College of Law, teaching 2L and 3L students about venture capital and venture deal structuring. Lindsay also is an active speaker nationally, advocating for diversity and inclusion of women and minorities in finance, as well as instructing licensed attorneys and business people across the country on the establishment of venture firms and venture deal structuring.

In her limited spare time, Lindsay enjoys reading, traveling, spending time with her husband and slew of rescue dogs, and doing CrossFit at the gym she co-founded and owns with her husband, CrossFit Westerville.

Marilyn Waite leads the climate and clean energy finance portfolio at the Hewlett Foundation, is author of Sustainability at Work: careers that make a difference, and serves on the Board of Advisors of COI Energy and as Vice President of the Kachuwa Impact Fund.

She has written the 12-part series on green economy ventures, The Innovators, on GreenBiz, where she writes as editor-at-large. Marilyn previously led the cleantech practice at the venture capital firm Village Capital, modeled and forecasted energy solutions to climate change as a senior research fellow at Project Drawdown, and served in a number of roles in nuclear and renewable energy at Orano (formerly AREVA).

If you believe, as we do, that there’s an incredible opportunity in investing in a new class of diverse founders who are creating the future of tech, we’d love to talk with you about becoming an LP.